Hello beautiful Friends! I’m back today with a fun little project. This is from a couple  of years ago. It’s one of my favorite projects because something cute and functional was created out of mostly trash!

I started with this: 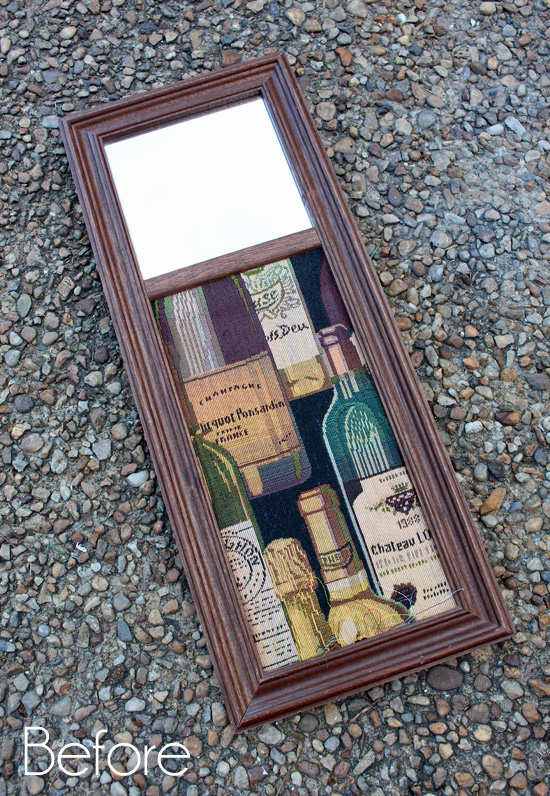 This wasn’t the trash part. One of my favorite friends in the whole world saved a few things for me thinking I could reuse them in some way, and this was one of them. It became the  perfect door frame for this sweet little mini cabinet: 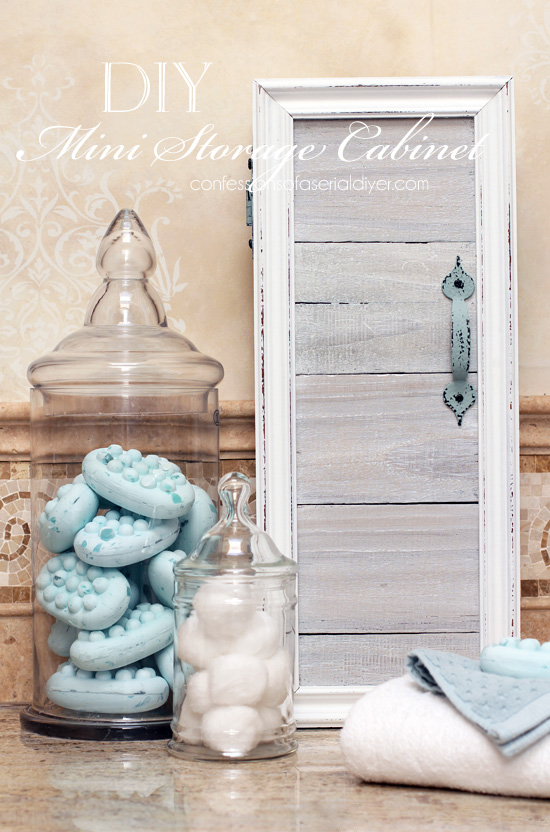 Isn’t it cute? That frame was my jumping off point. 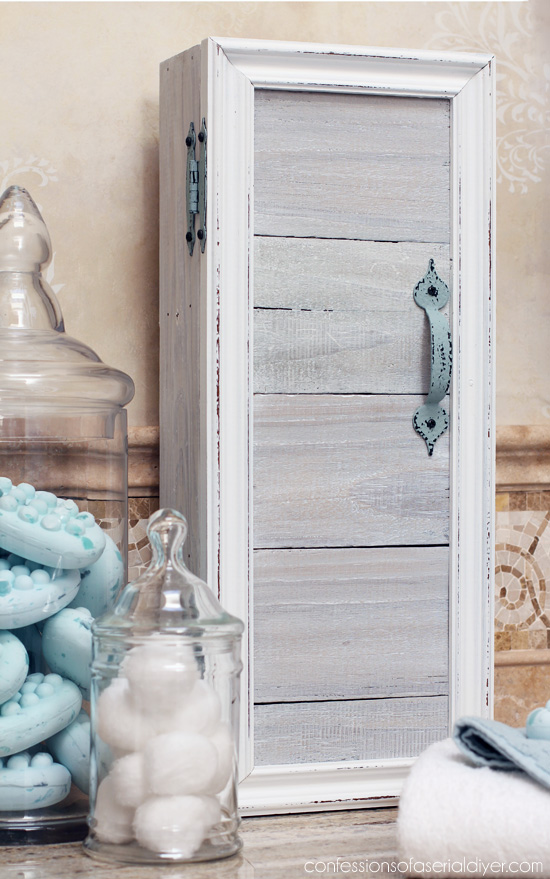 I had spent several days completely cleaning and organizing my garage. I purged a whole pile of junk, including this wood thingy that was left from the previous owner and stashed deep in a corner: 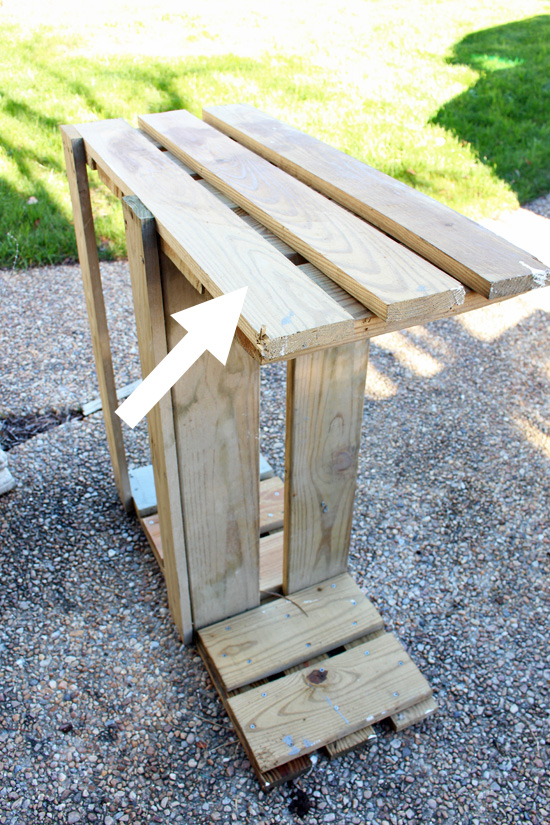 That arrow is pointing to the source of the wood for this cabinet! (See? I told y’all this cabinet was mostly trash!)

I gave my hubby a chance to get rid of it, but after five days of it sitting in our driveway, I told him he lost his chance and dragged it back in and dismantled it. 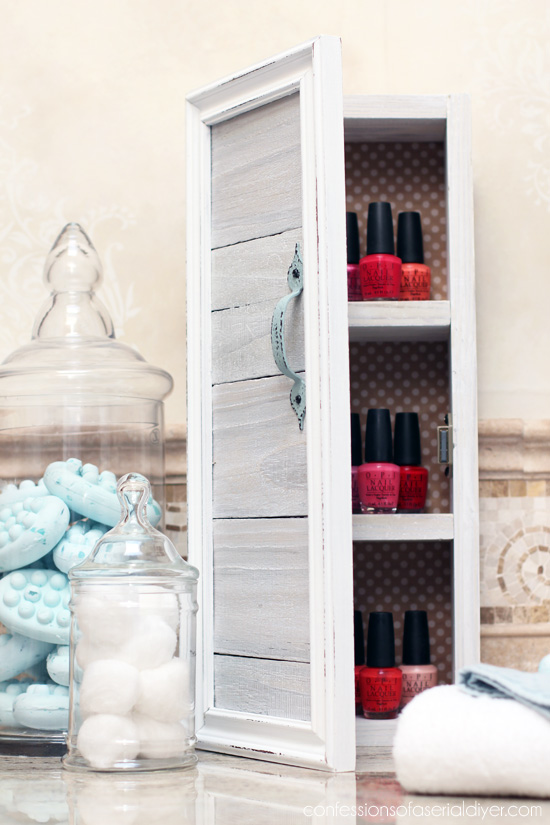 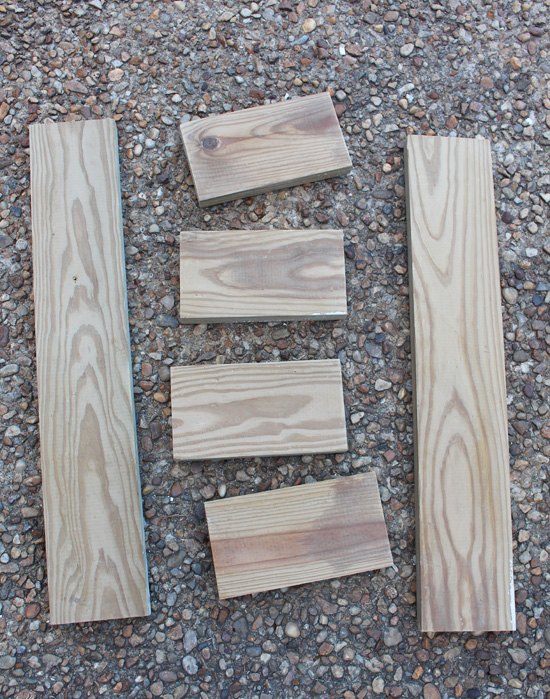 One of my favorite tools is my miter saw. It makes it so easy to make small cuts like these… 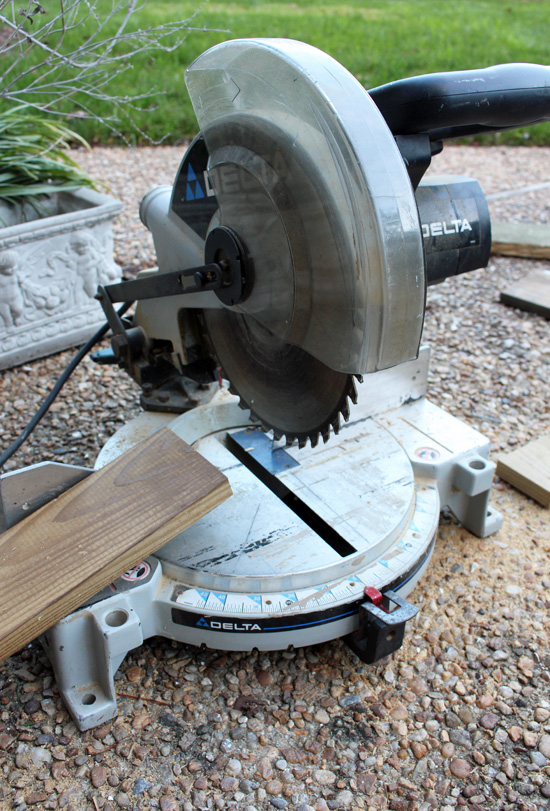 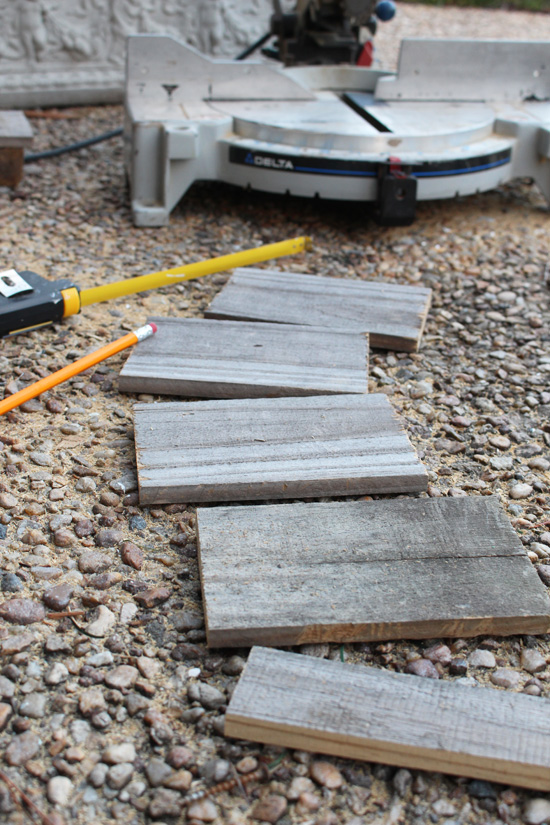 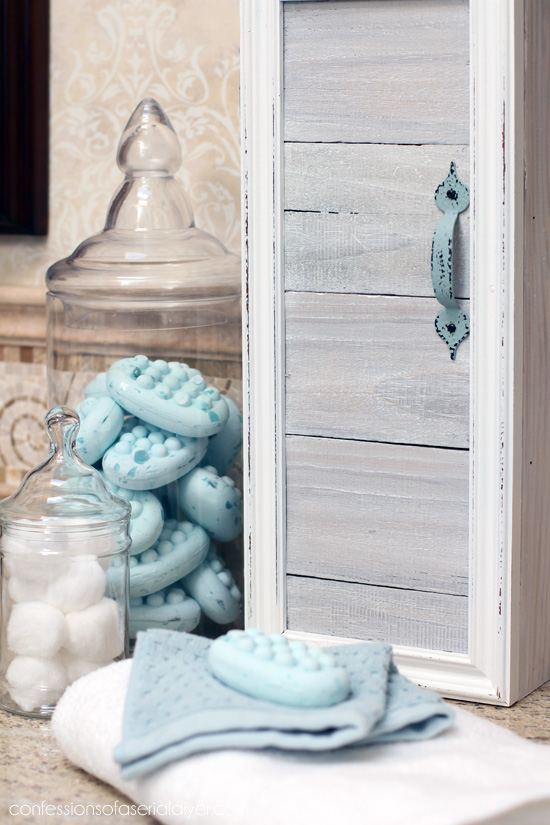 The frame was painted with pure white DIY chalk paint, then sanded and waxed with Annie Sloan’s clear wax. The rest was white-washed with flat white latex using this method. (That link leads to a cute tray I made similarly.)  I did not seal any of those pieces.

To build the frame of the cabinet, I simply made a rectangle the size of the frame I used for the door. I used wood glue and clamps to assemble it, then added the two shelves. I secured it all together further with my nail gun. Finishing nails and a hammer would do the job as well.

To attach the fence picket pieces to the frame, I used my staple gun since they were flush with one another. 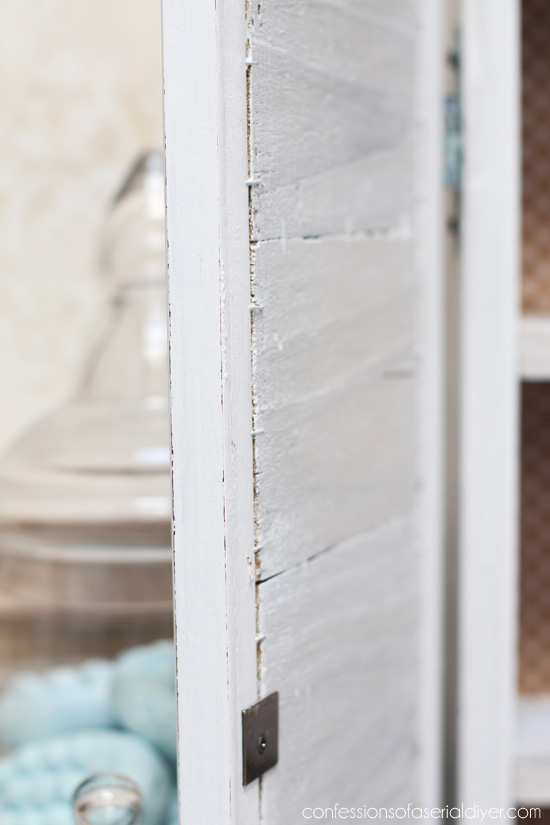 You can also see I used a magnetic closure I picked up for 97¢ to hold the door closed. 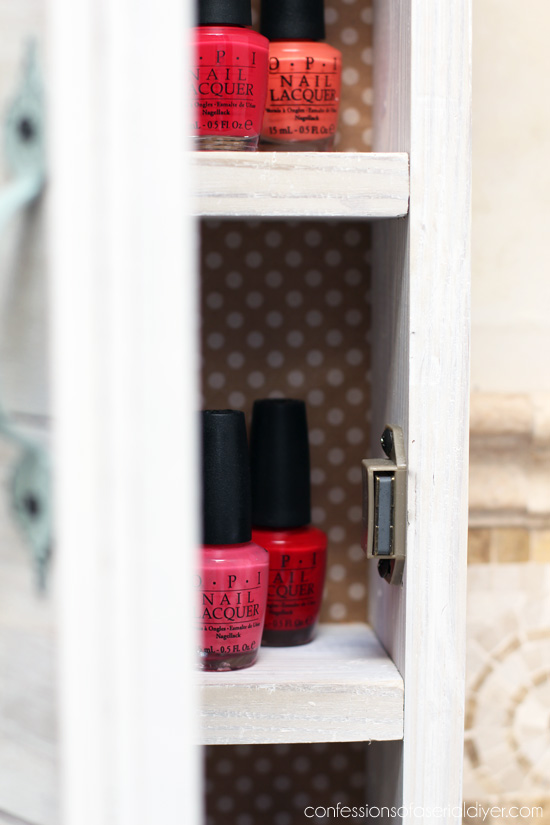 For the back, I cut and covered an old picture that came out of another frame. It was thick like frame matting but a bit more stiff and perfect for the backing. I used spray adhesive to cover both sides with pretty brown wrapping paper, then staple gunned it to the back as well. 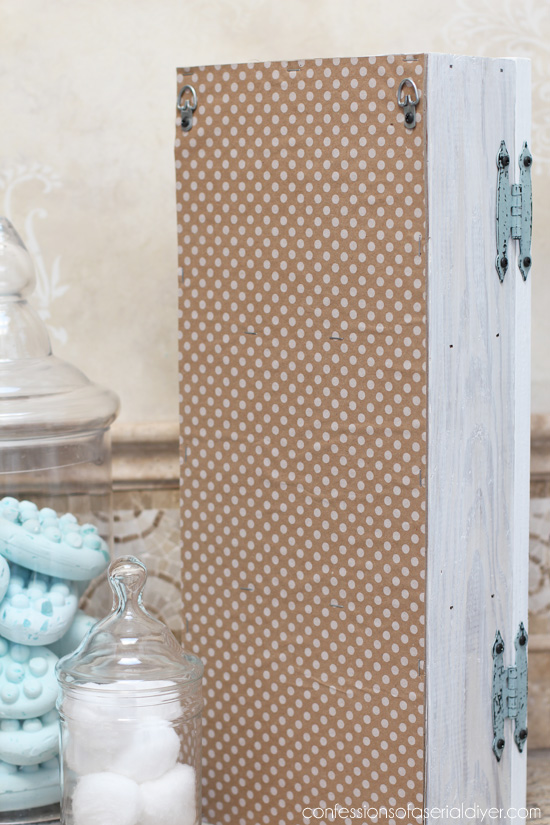 I also added a couple of D-rings for hanging.

But my favorite has to be the hardware! 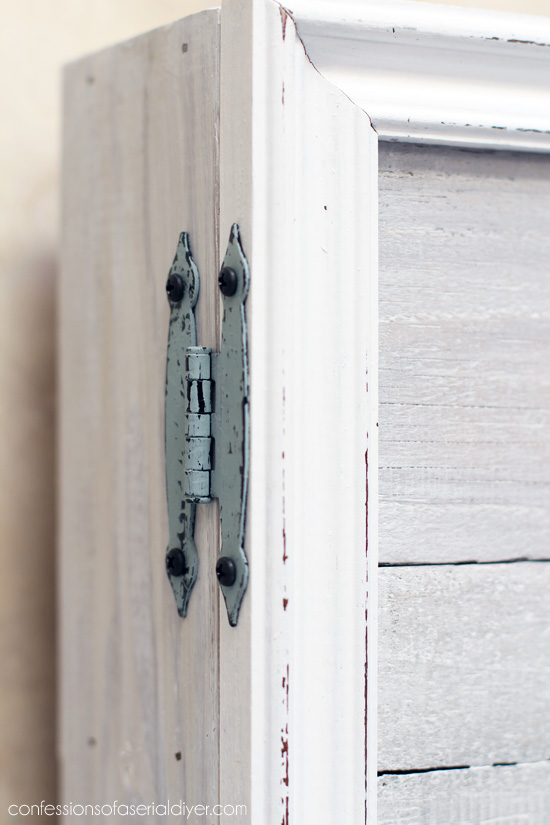 These were black hinges I already had, but didn’t love. I decided to paint them instead… 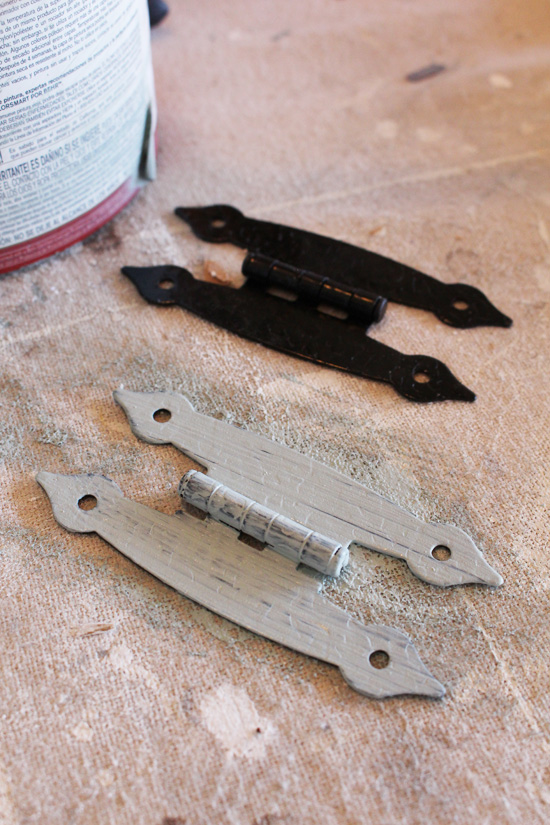 This is Behr’s Gray Morning. I did the handle the same way. 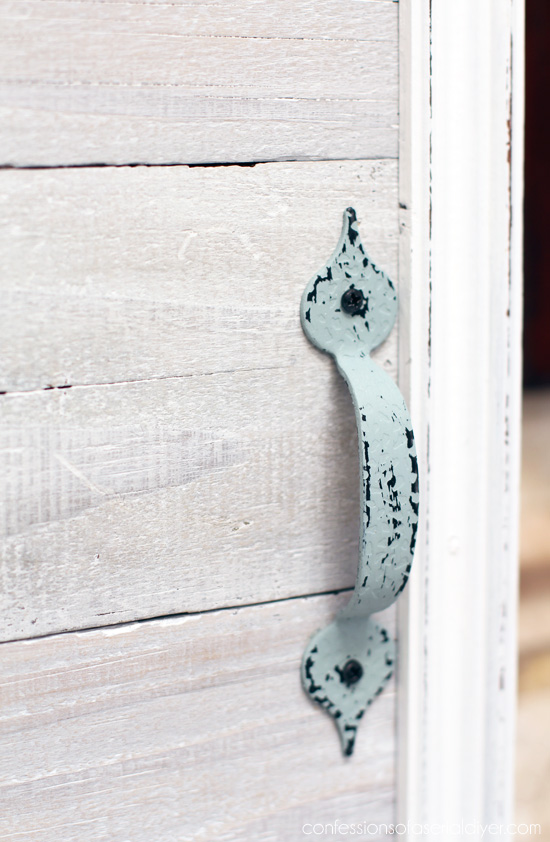 So much better and they really add a pretty pop of color to this cabinet. 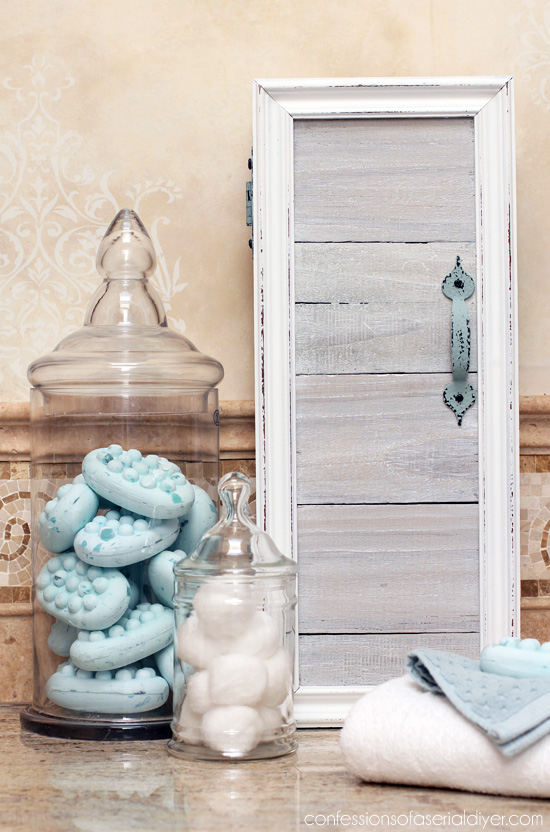 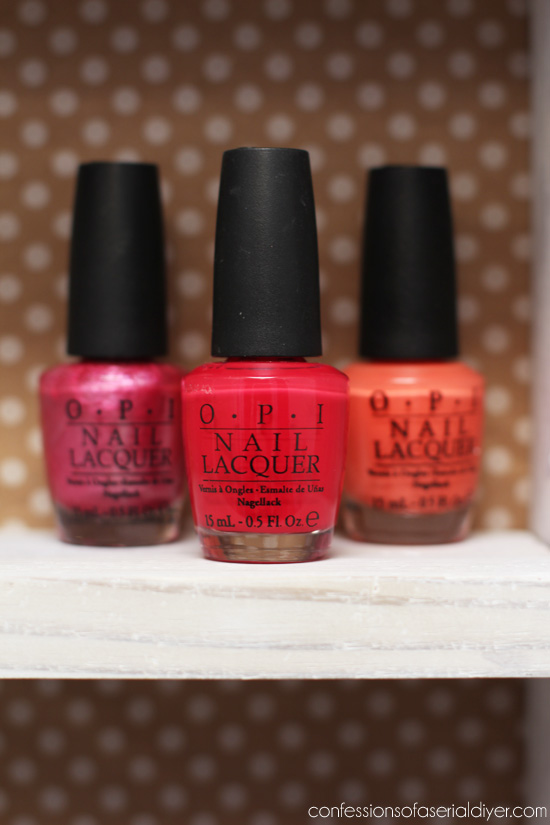 but this would be great for makeup as well, or in a kitchen for spices?

I built this cabinet similarly to hold my spices before I redid my kitchen. (That one hangs on the end of a cabinet…great use of unused space!) 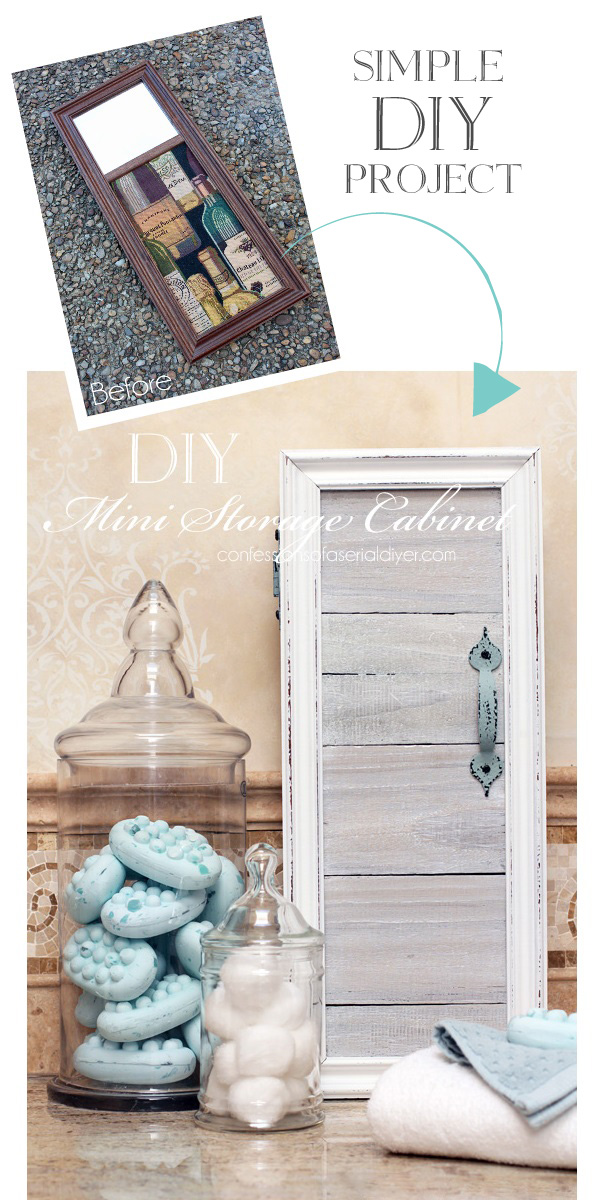 This was a pretty simple project, and it could be made in any size.

This project is probably new to many of you and I hope you enjoyed it!  It was fun turning actual trash into something pretty and functional!

I grabbed the $12 tag off of this French Provincia

This cigar box I found at the thrift store for $3.