Probably like most, I’ve heard quite a bit about The Old Lucketts Store from Marian of Miss Mustard Seed. When she started blogging about getting ready for her annual trip to Lucketts  Spring Market a few weeks ago, I thought it would be great if I could actually go.  As a mom to a toddler, you can’t just make those decisions on the fly. Especially when Lucketts is four hours from your front door.

Then Funky Junk Donna announced she was coming too.  Okay now this was serious! I love me some Miss Mustard Seed (as do we all), but add Donna from Funky Junk Interiors, too?  I will likely never get the chance to meet her again being that she lives on the west coast of Canada!

I threw out the idea to my husband about going. He coaches youth football and had a game on Saturday, but he offered to keep the baby so I could go! Yay! I love you so much, Mwah!!

Then I called my mom  and she was in. My parents and I did shows for about fifteen years, so I knew she would be glad to come along! We decided we would make a weekend out of it and stay the night.  My ten year old ended up coming along too. (I seriously was calculating how much less room I would have to bring awesome stuff back with him in the back seat ha ha! Bad mom!) But of course I would never pass up the chance to bring him with us! (Plus my mom thinks he’s hers!)

Then I found out Hometalk was doing a meet up and I would get to meet Miriam from Hometalk with whom I’ve gotten to video chat with. Awesome. Then Karen, The Graphics Fairy, too? I was beyond excited.

We shopped our hearts out Saturday until I couldn’t fit anything else into my SUV.  I got to meet Marian and purchased her book, which she graciously signed for me. Yay! She was very sweet but also very busy, so I didn’t want to take up too much of her time. I did get to see the infamous grain sack chair being sold!  Her booth was really busy!

The next morning, I was so excited! But as I approached the Hometalk booth, I started to get so nervous! Me? Me who chats up the lady ringing up my groceries, and the guy standing in line behind me, and the lady with the cute baby in the frozen foods aisle!

I saw Miriam first, who actually had a clue who I was which was very cool. She was fantastic. Then Karen came over and I introduced myself. She is really pretty in her blog picture, but she is even prettier in person!  She was so nice as she listened to me ramble on about the deals I got.

Then  I stood by waiting for Donna to finish with her drill lesson, so I could say hello. I couldn’t believe how nervous I was. I was starstruck! I felt like I knew her.  I know how she gets those perfect edges in her flower beds! So what did I have to be nervous about?

Finally when I got the chance to introduce myself, she was so nice! I think I rambled off my blog name and asked her how she learned to make signs, but I felt awkward.

I know its because I know all about her from following her blog, but she knows nothing about me! Except she did pin my harlequin box. “Hi, my name is Christy. You pinned my harlequin box?” I don’t think so. I didn’t even take one single picture. At all. Of anything. Of anyone.

So Donna if you read this, I really think you are fantastic and you were so fun and it showed how very excited you were to be there.  I’m the girl who painted the black and white harlequin box 🙂

Okay so onto what I do have pictures of to show you…what I bought!

The cool thing about the Lucketts Market is that while there were a ton of beautiful things for sale that were all redone fabulously, there were also vendors there that were selling antiques, flea market style! (Perfect for this little DIYer!)

Here’s what I found: 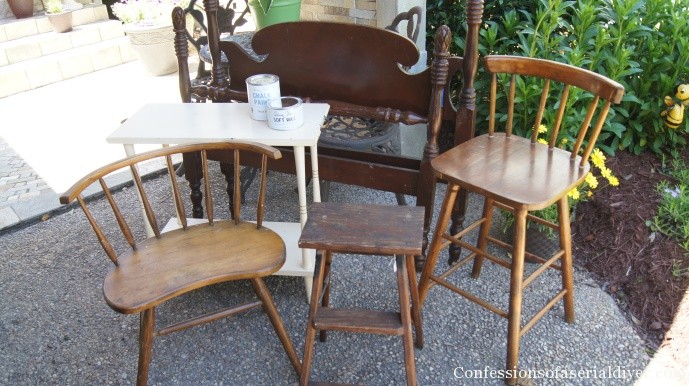 I didn’t purchase the paint there. I found it at another shop down the road, but I included it as part of what I brought home from my trip.

Would you believe that I paid more for those two Annie Sloan products than everything else combined??

It’s true! I told you I found some great deals!  You aren’t going to believe this (well you  might), but on our way to the market, we stopped at a neighborhood yard sale!  We had passed a ton of signs and finally caved. That’s where I picked up this little ivory table…for $3!! It has handles on the top which is kind of charming. More so in person, I think. But it was only $3! 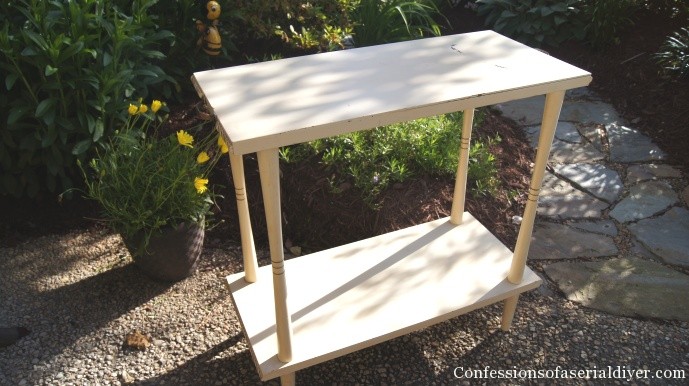 On to Lucketts…This headboard and footboard were marked $65. Everyone there was willing to negotiate a little so I thought that if I could get it for $50  or less, I would take it. I got it for $15!! I love the pineapple detail and that it’s on casters! 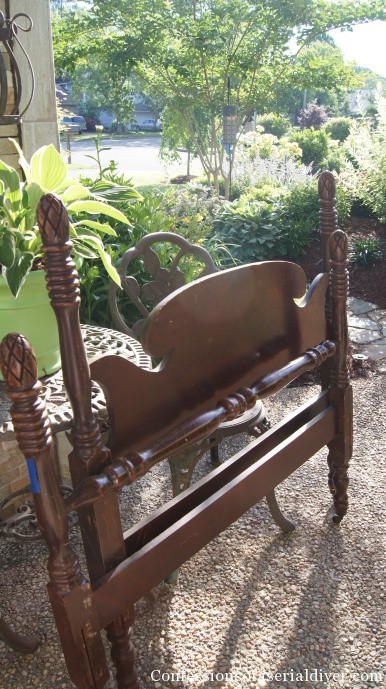 This little half chair (that’s what I call it) caught my eye, but it didn’t have a price so I walked by it several times. When I finally decided to stop and ask, she said $10! I’ll take it! 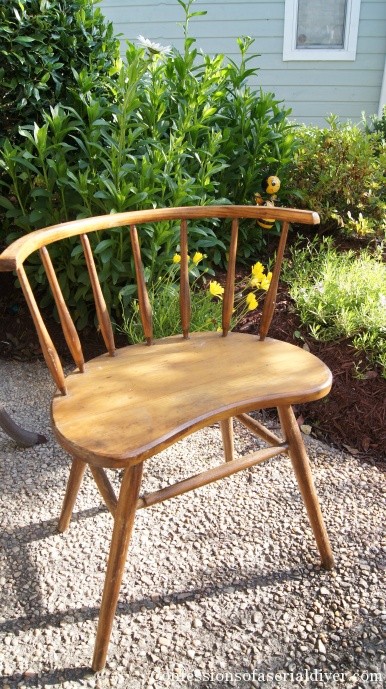 I had been on the hunt for  a stool with a back for my toddler. He had Fallen off of our saddle style stools a few times already.  When I  came across this stool I thought it would work perfectly, but it was marked $50. Ooh too much. It was even the perfect height, but I didn’t really want to spend more than about $30. When I asked what the best price he could give me was, he said $15! Woot woot! I’ll have that, too! 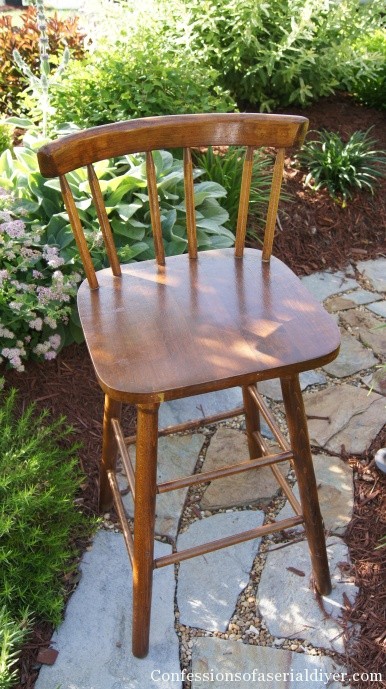 I’m not so sure what the appeal of this little step stool was. It had flowers sitting on one of the steps that made it look so charming and I passed it by a few times. It was marked $18, which was too high for me.  I ended up getting it for $12.  Not too bad… I think there’s room to shove it in. 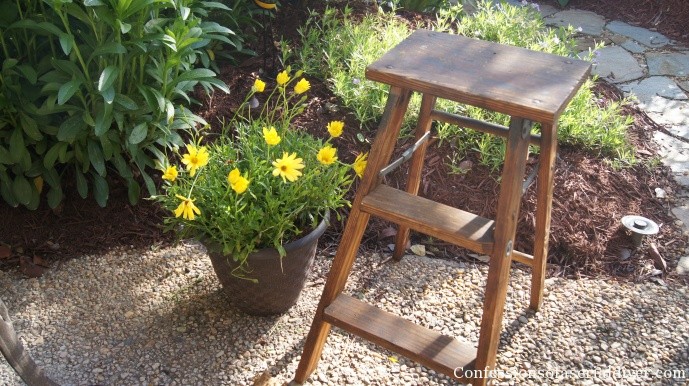 And how could I forget this super fun tote designed by Donna. It was free! 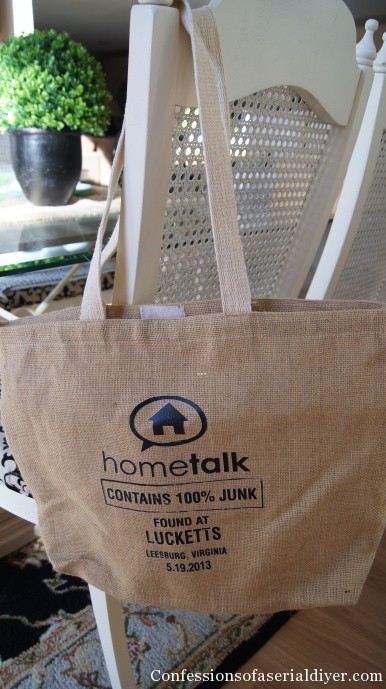 The total for these pieces was a whopping $55!!

The total for these: 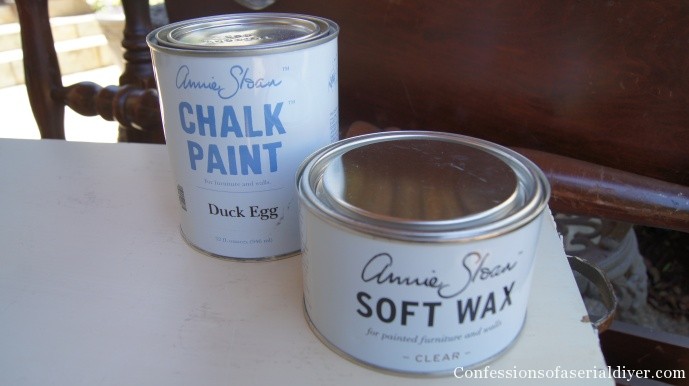 $70!! That’s crazy! It really eats into your bottom line.

I bought this only because I have really wanted to paint something (or everything) this color. I love it.  But after this splurge, I’m sticking to my homemade chalk paint which you can find the recipe for here.

Now I need to figure out what I  want to do with it all. When I decide, you’ll be the first to know!

So that’s my trip and that’s what I found! If you are new here, I promise I’m never this wordy! I usually have a ton of pictures instead 🙂

What about you? Have you ever found yourself starstruck??

The Headboard became a bench: 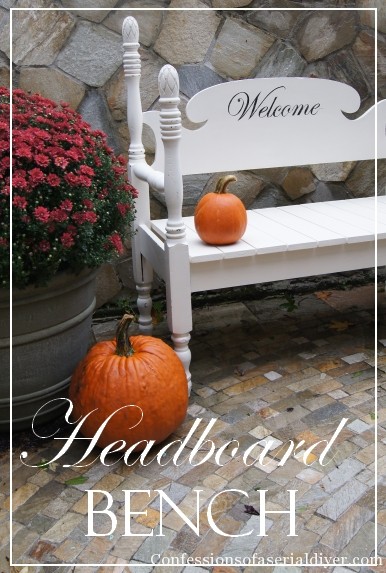 How to Build a Headboard Bench

The “Half Chair” got a new attitude with a little paint: 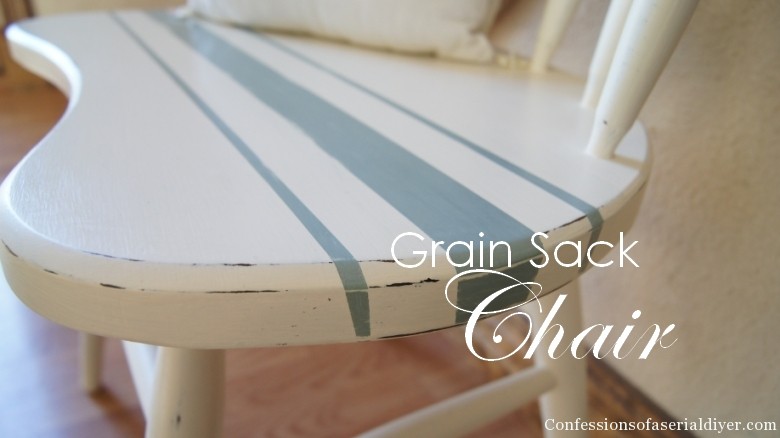 The “Bar Stool Chair” got a similar makeover. The Little ladder was kept as is, and I have yet to do anything with the $2 Yard Sale Table.

I completed several projects with my Duck Egg Blue AS paint including this fun chicken wire message board/photo holder: 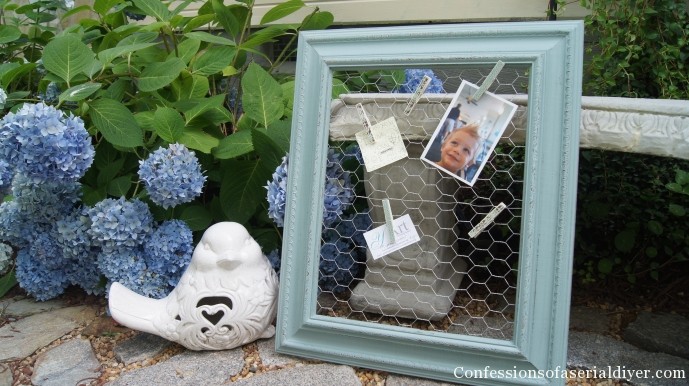 I love to share at some of these great parties:

Home » Funnies » What I Brought Home from Lucketts
a