Today, I’m going to show you a fantastic way to repurpose an old gate!

Last Summer, my neighbors were having a new fence put up.  One day while the installers were working, I happened to head out to the mailbox just as they were leaving for lunch.  They had left a huge pile of old fence parts at the end of the driveway.  And there it was…just gleaming in all its glory…this beautiful gate: 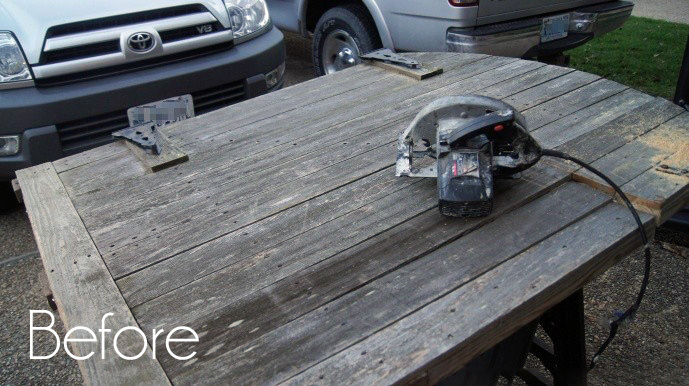 I had to think fast. I grabbed my son who was nine at the time and had him help me haul it into the garage. I had no idea what I was going to do with it ( I was thinking about building a bench for my garden), but I loved the shape of it and how it still had all the hardware in tact.

I’m not the only one who gets giddy with excitement over stealing someone’s trash knowing its going to become something beautiful, right?

OK well technically it wasn’t stealing since I confessed to my neighbor that I had secretly hauled it along with one of the fence panels into my garage and shut the door.   I just knew I would eventually do something with it.

My husband and I were trying to come up with an idea of something we could make for his parents for Christmas.  They have a horse barn and the horses are an important part of their life so we wanted to make something that incorporated that into it . We eventually came up with the idea to make them a sign for their horse barn. That’s when a giant light bulb went off as I started doing cartwheels and somersaults in my head (as this would not be possible in real life…ever) because I knew just what we would use to make our sign! 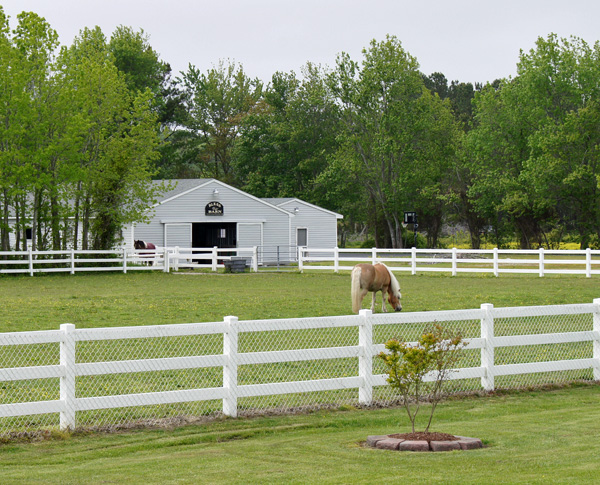 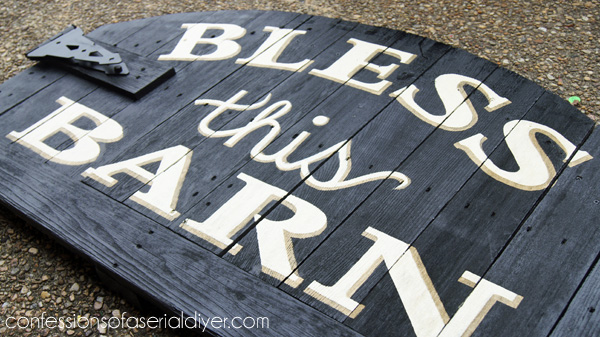 We used a jig saw to cut the top part off of the gate to create the sign, then I gave it a couple of coats of black spray paint.

I enlarged and printed letters using paint.net (free). I cut them out so I could visualize where to put them then traced around them. 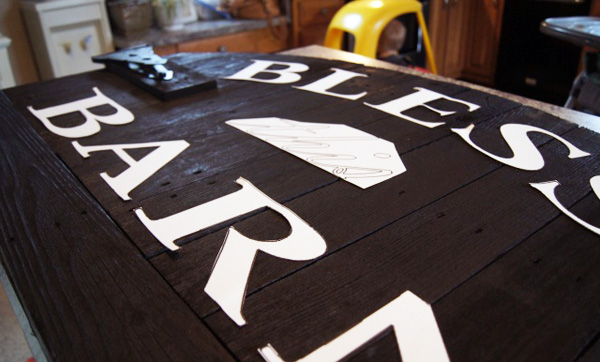 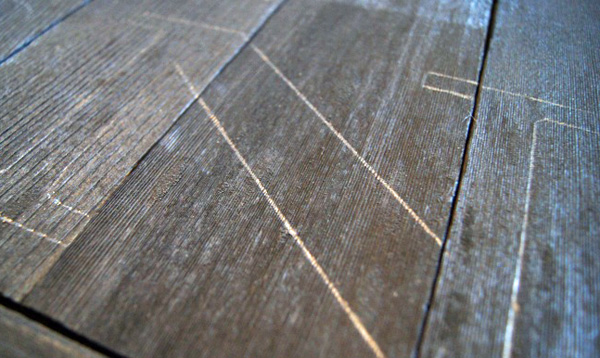 Then I just painted in between the lines… 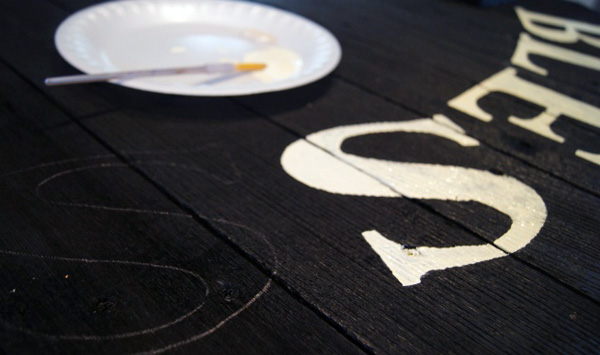 I free-handed “this” and it was complete. Or was it? It still needed something… 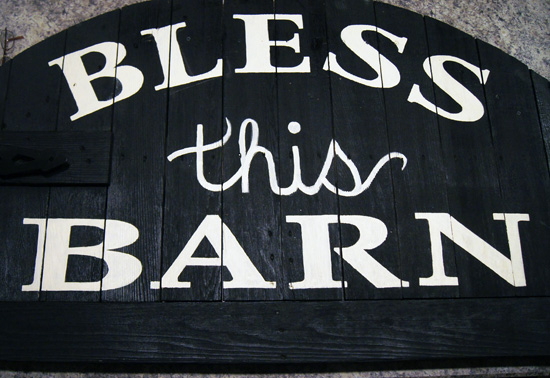 So I added a gold shadow and that was just the right finishing touch! 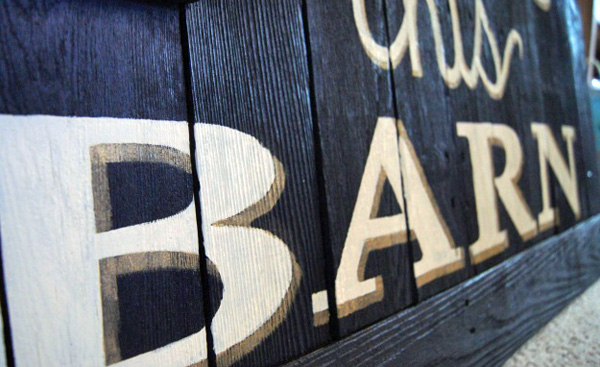 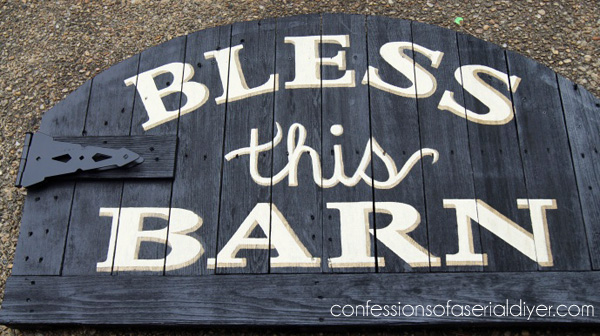 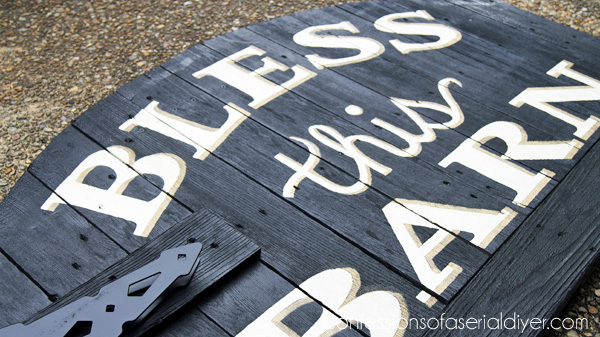 I love how the old hardware is still in tact although it doesn’t look so old now!  I also added a coat of clear matte spray sealant. 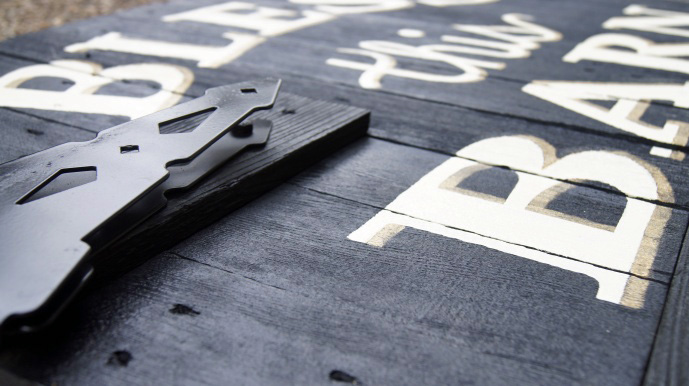 My Hubby’s Mom asked if I could add a dedication to her late brother across the bottom, and I was glad to do it: 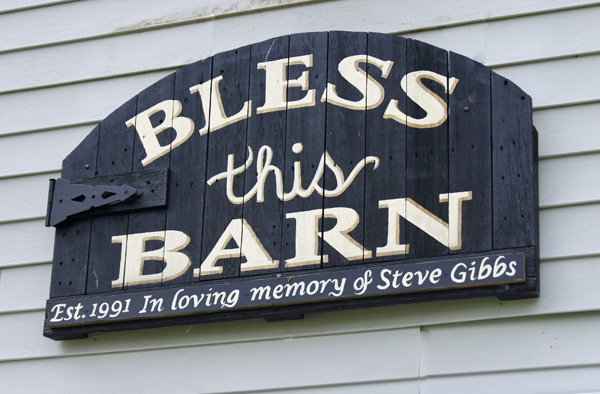 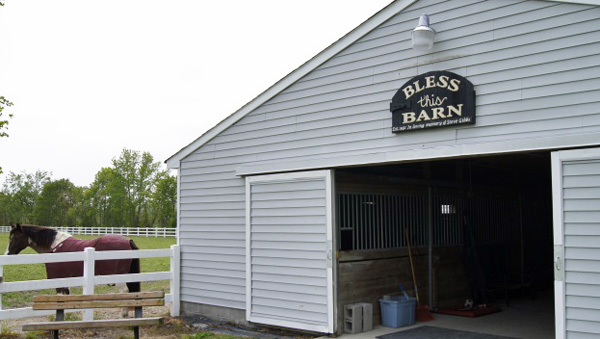 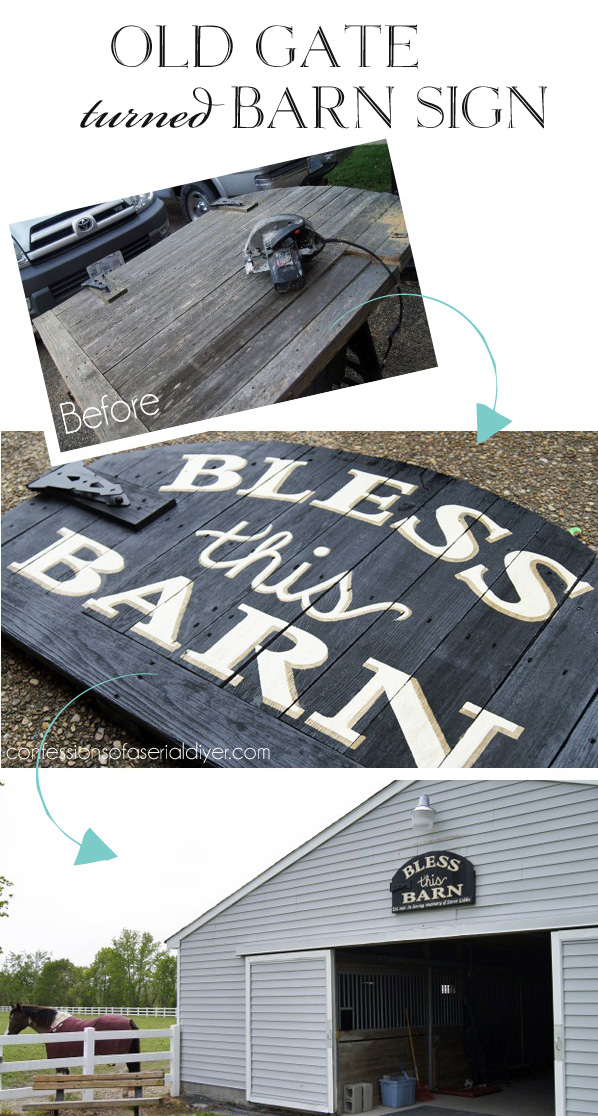 It was a big hit! And ANYTIME is a good time to score some points with the in-laws! 🙂

Now I’m guessing that most people would not want a “Bless this Barn” sign hanging in their house, but you could spell out anything and voila, instant art for a big empty wall that was almost free! You could really distress it for a more time worn feel.

My mom  claimed what’s left of the gate for a sign for her house. You can see how that turned out here. 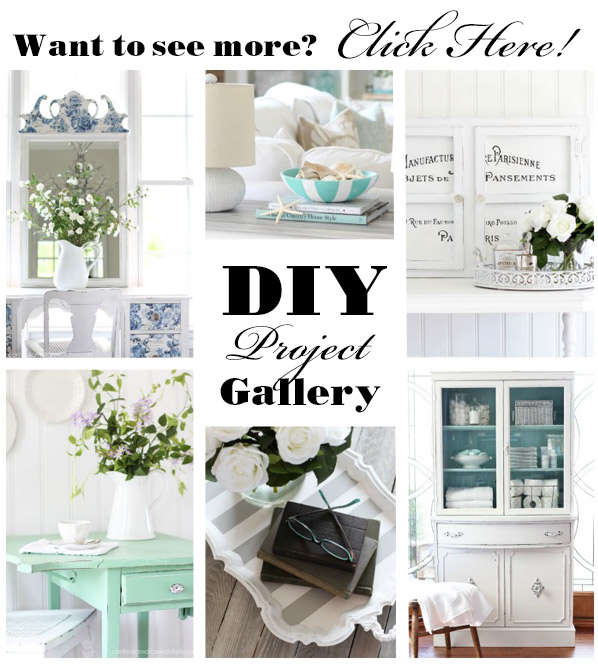 Home » Repurposed Items » What should you do with your old gate? Don’t throw it away!
a