My Mom picked this up at the same estate sale where she scored these amazing French provincial chairs. (Trust me, they did NOT start out amazing.) We had been together the day before and she went back for the chairs, so I sent her in after the bench as well since it was the last day and everything was 50% off. 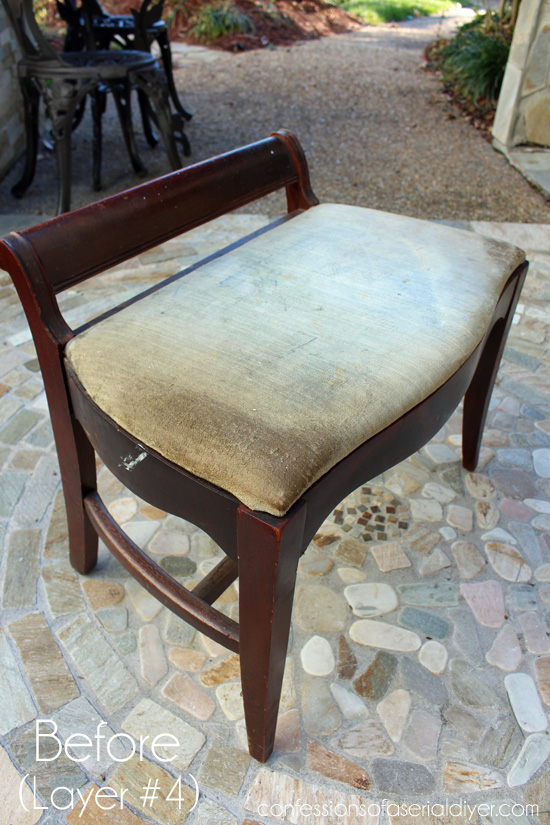 Pretty gross. That was the top layer. It started as a beautiful aqua velvet…80’s, baby!

Here is the next layer: 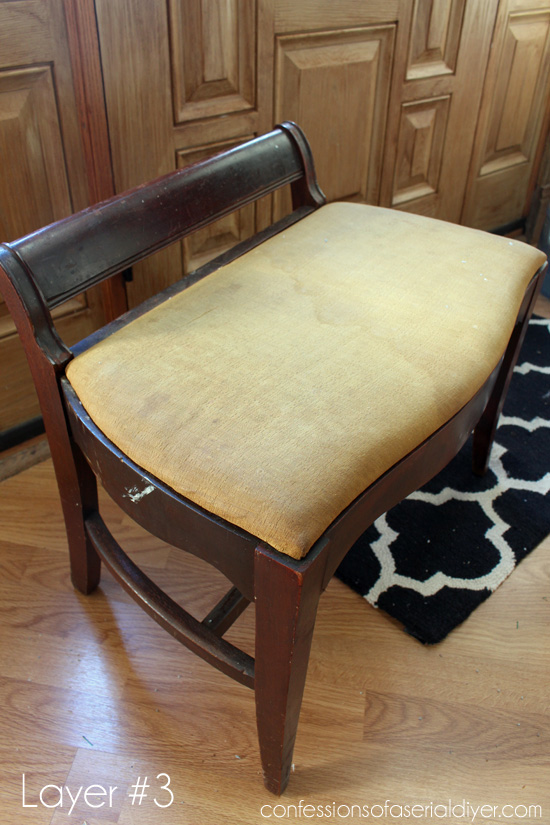 Ah…harvest gold. A perfect representation of the 70’s. 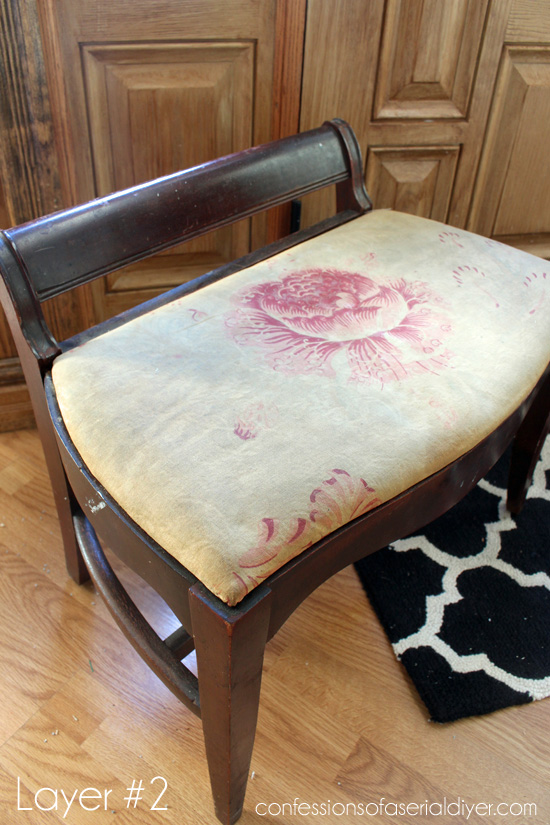 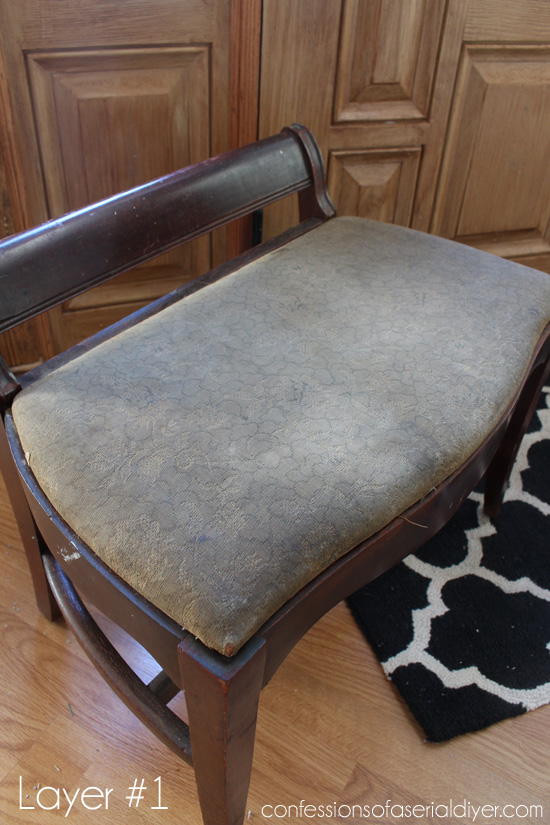 This was a blue tapestry. I’m surprised each layer had to become utterly disgusting before it was decided that it should be covered. 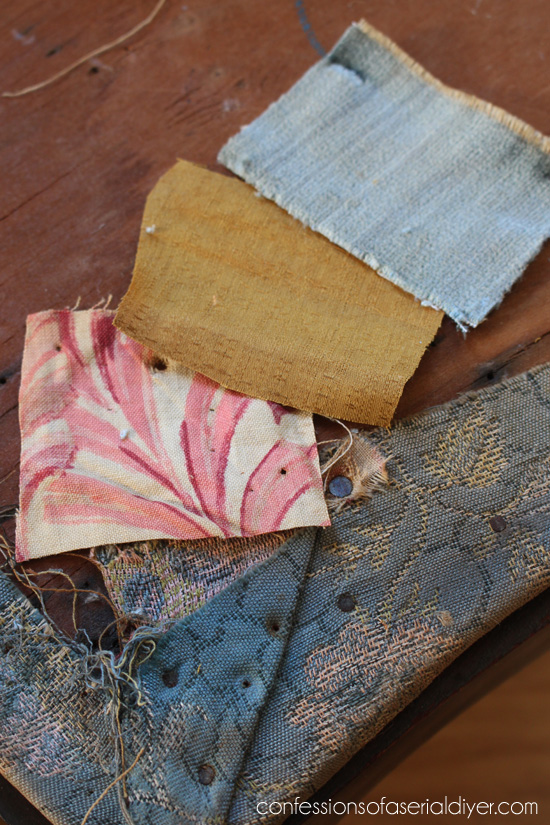 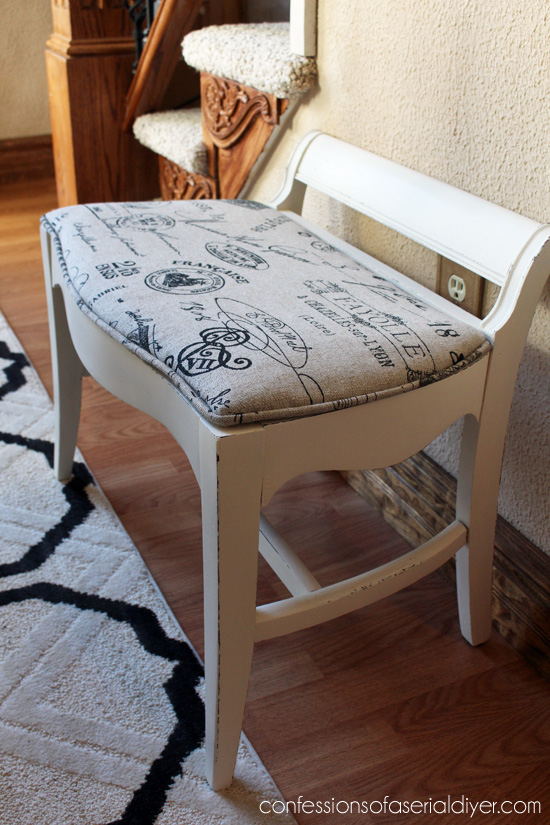 So much better. I use this fabric a lot because it is very forgiving in the stain department and it sells well.

I tucked the swatches in the underside, so years from now when someone far in the future uncovers this layer, they’ll see all the layers that were. 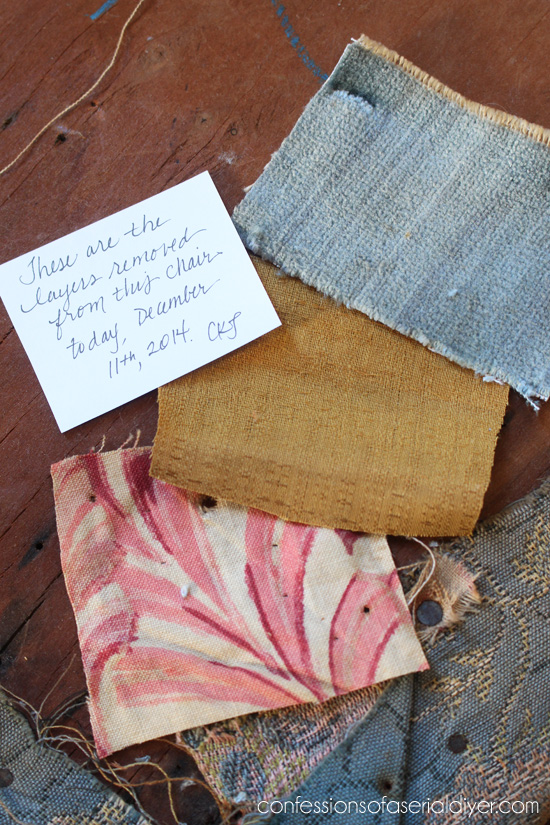 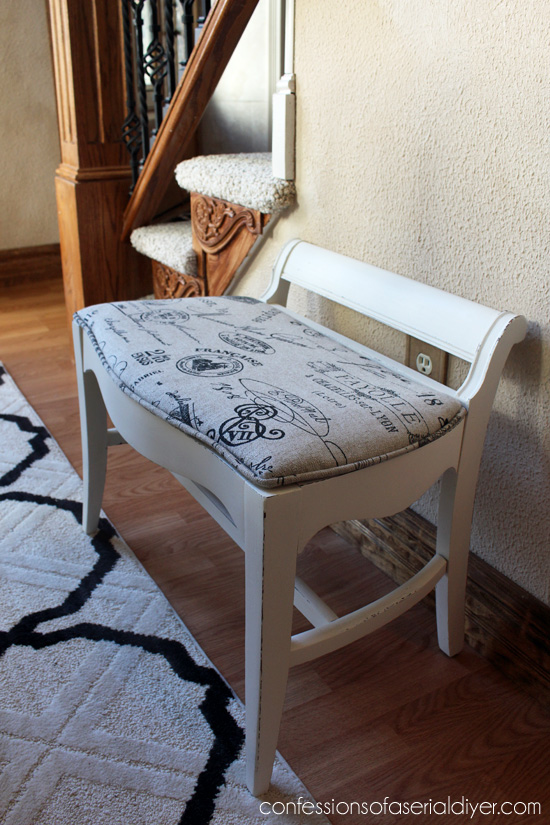 I added piping to make it extra fabulous. Adding piping to chairs is quite simple. Here is a sew and NO SEW tutorial on how to do it. 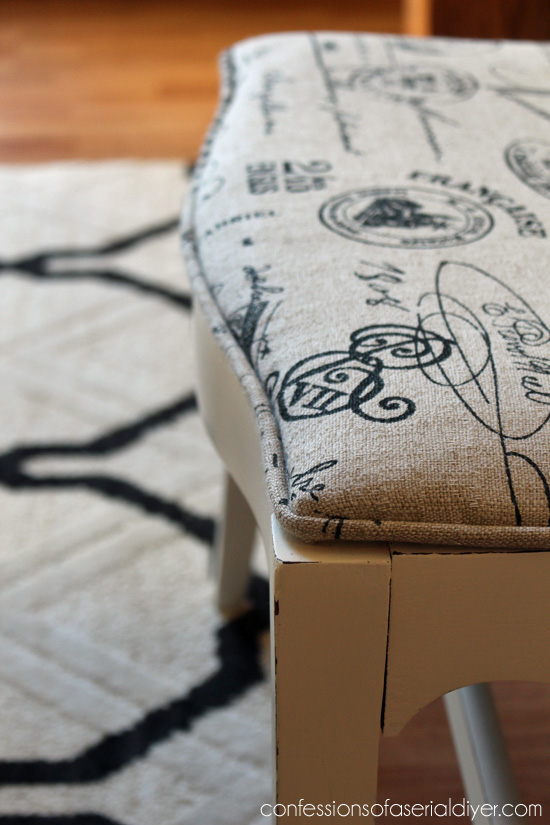 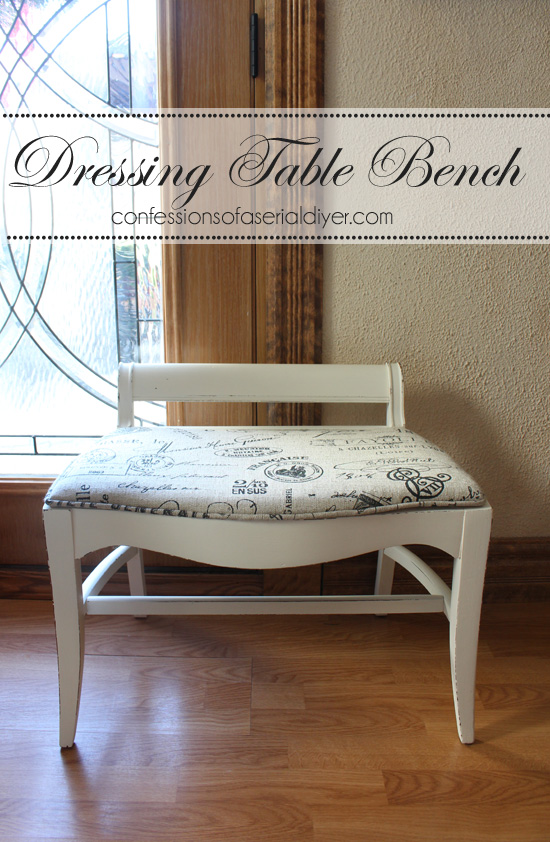 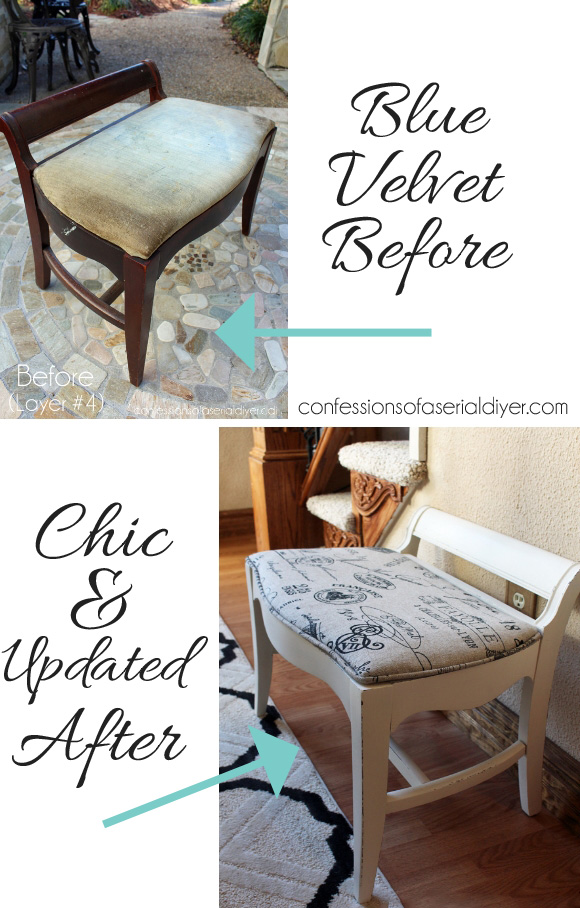 I promised a tutorial on the French Provincial chairs and I am working on that post this week and hoping to post early next week. There are a lot of details.

I wanted to share this one more to show all the layers of fabric. I thought it was interesting to see what was under each layer!

Have a great day!

I grabbed the $12 tag off of this French Provincia

This cigar box I found at the thrift store for $3.