Hey there amazing Friends! I just love this day…it’s Trash-to-Treasure Tuesday!! I really love that I get to see four more fabulous makeovers from my friends, and you will too! Be sure to look for links to their makeovers at the bottom. 🙂

I had planned to share a desk that Jack and I planned to team up on, but we hit a little bump in the road so instead I am sharing another piece that I actually would have loved to throw in the trash!

Several years ago I shared the makeover of this French provincial chest: 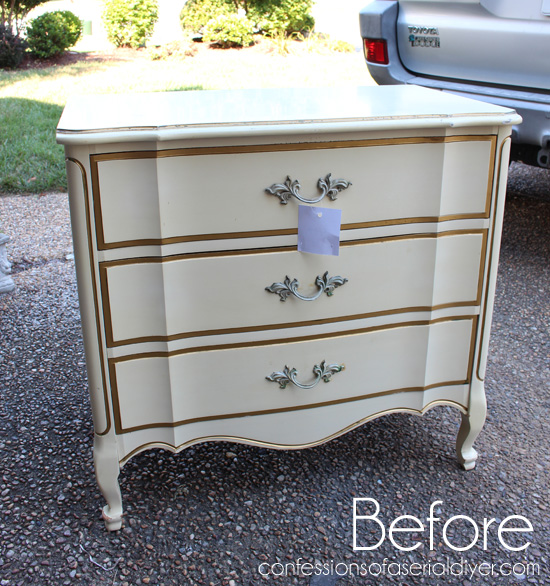 I picked it up for around $30 at the thrift store and gave it a two-toned look with a metallic paint: 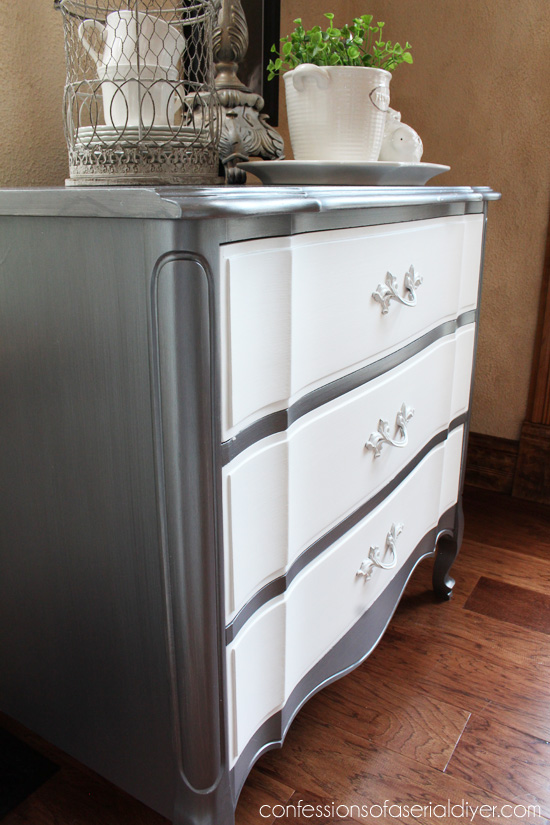 You can see more of that makeover HERE. I had a sweet reader recently ask me if I ever had any pieces that I just gave up on and stashed in a corner. I immediately thought of this chest.

You see when I was originally painting it, I wanted to use this cool metallic silver paint by Martha Stewart that I had used once before. The only problem was that I didn’t have quite enough to paint this piece, and the paint was no longer being sold, so I came up with the genius idea (NOT genius) to spray paint the entire piece with silver metallic paint as the first coat. Had I been using chalk paint, no problem. BUT I was using more like a latex paint and so I learned quickly that the top layer of Martha Stewart paint was coming right off with every nick and bump.

Such a bummer! It would need resanded to fix it, and so there it sat…for two years! I honestly just wanted to donate it back to the thrift store. For real, y’all.

Then when Jack mentioned he wanted to find a couple of pieces to paint to make some money over the Summer, I offered him this and told him he could have it if he would just get it out of the garage!

He doesn’t mind the sanding at all so he got right to it. I shared this pic of him painting it the other day: 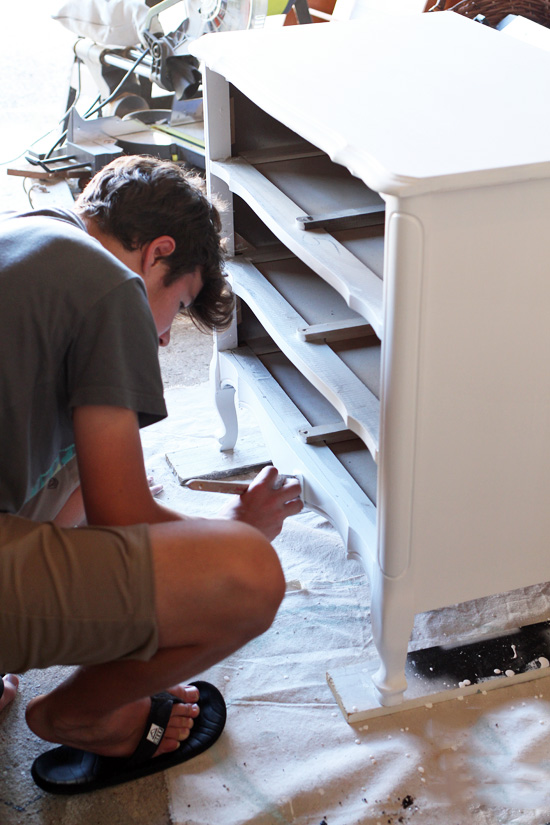 Hasn’t he grown so much?? The only rule I have for him putting his own painted pieces in my booth is that it has to fit in with my style, so he opted for a simple white makeover.

I kept passing the drawers that he hadn’t gotten to yet, and decided they would be really pretty with a subtle pop of blue, so I hijacked them while he was spending the weekend with a friend and did just that: 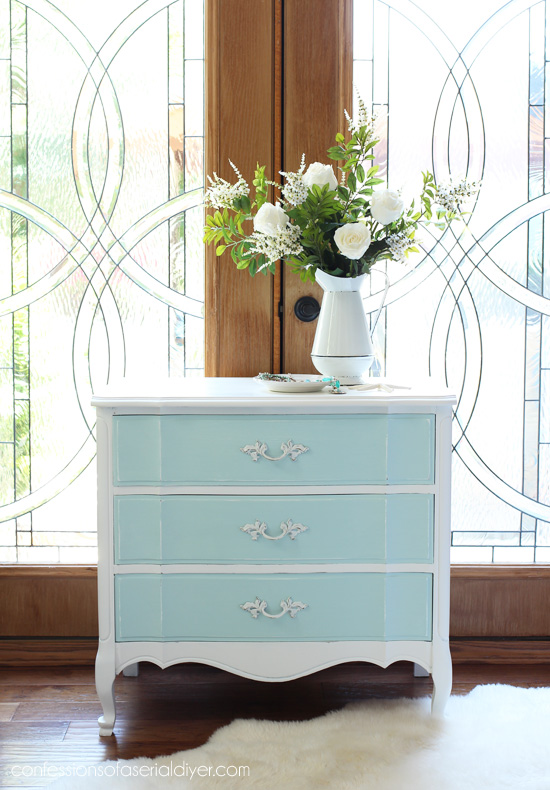 He did all the real work and I got to add the fun details. I like that arrangement! 🙂

I’ve included a couple affiliate links so you can find the products I use. 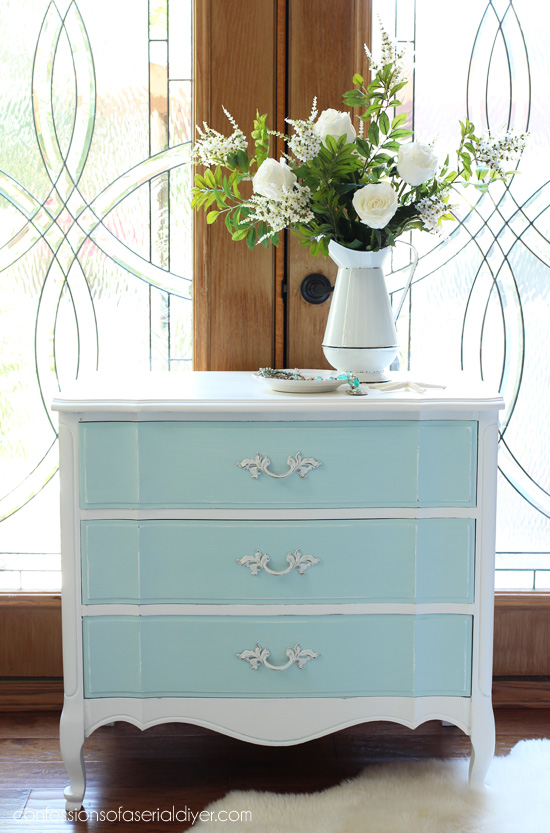 Honestly if it weren’t for Jack, this may never have been redone. Such a shame because I love the curves of these French provincial pieces. 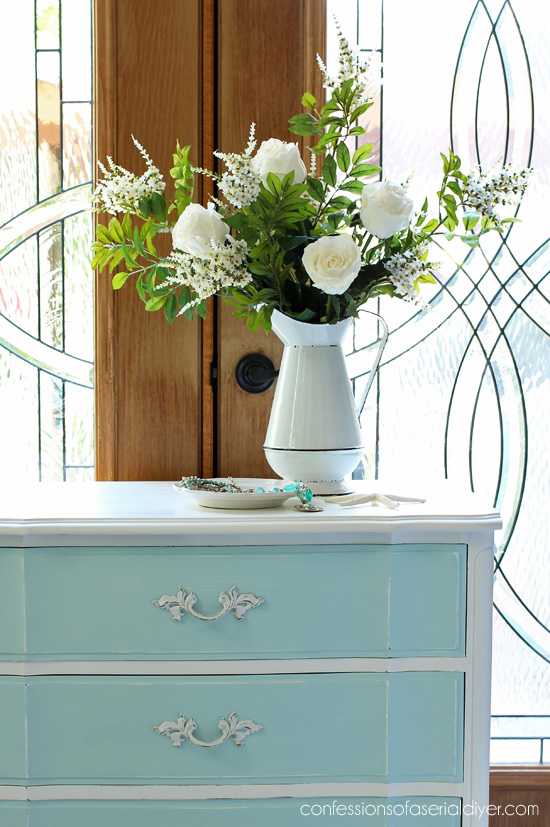 We reused the same hardware. This is how I had painted them originally and they worked perfectly here as well. 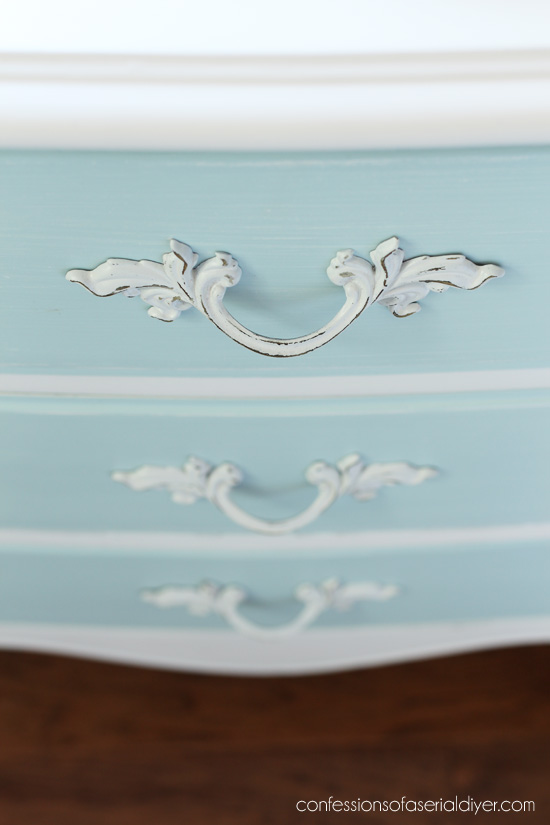 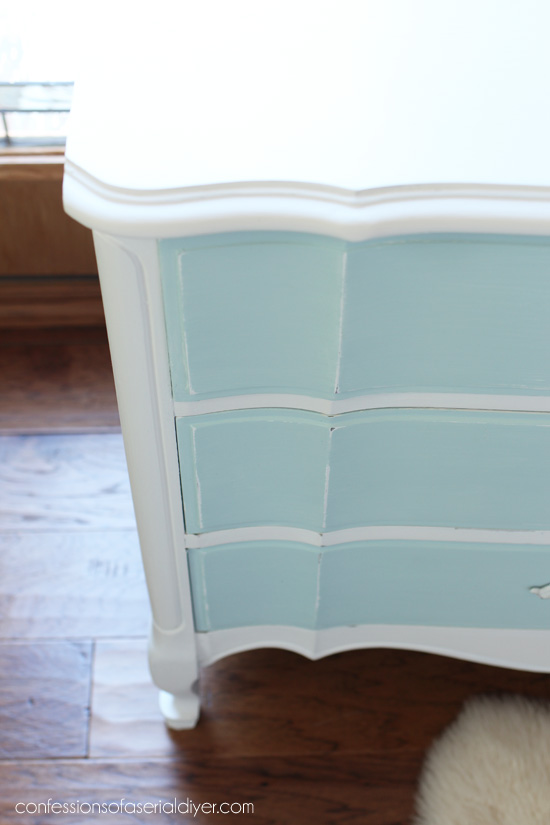 Everything was sealed with Annie Sloan’s clear soft wax. 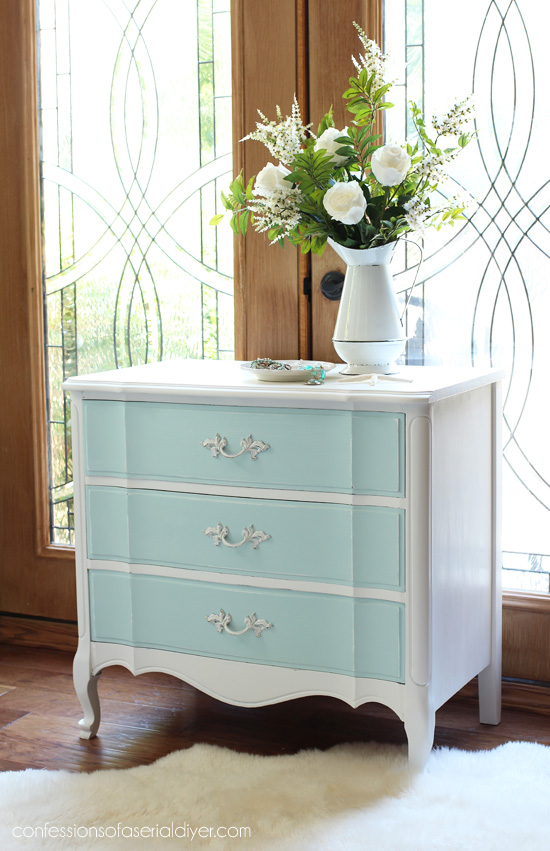 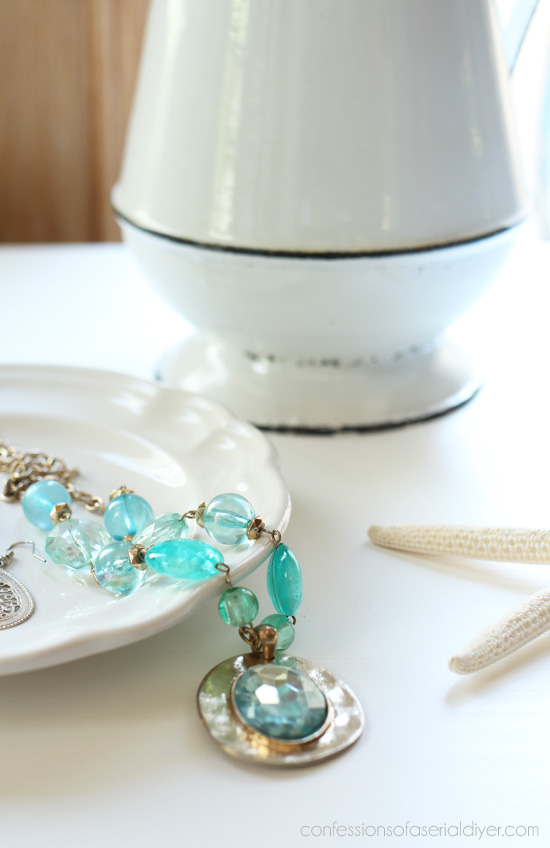 The drawers were originally lined with zebra paper. I decided to replace that with fabric, but it ended up a big fail!

I attached it using matte Mod Podge, and the pigment from the bottom of the drawer bled through! 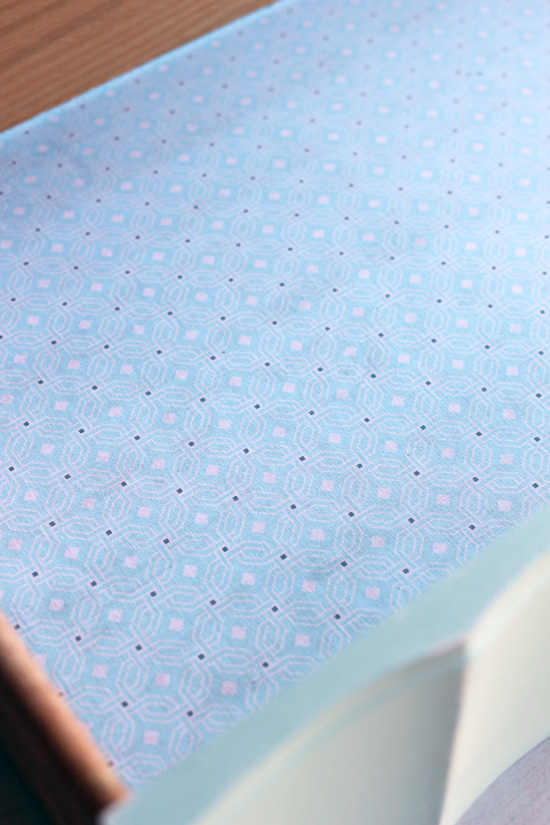 I usually use a black and white or heavily patterned fabric and it does great.

To fix it, I removed the fabric and painted the bottom of the drawer with regular white latex enamel: 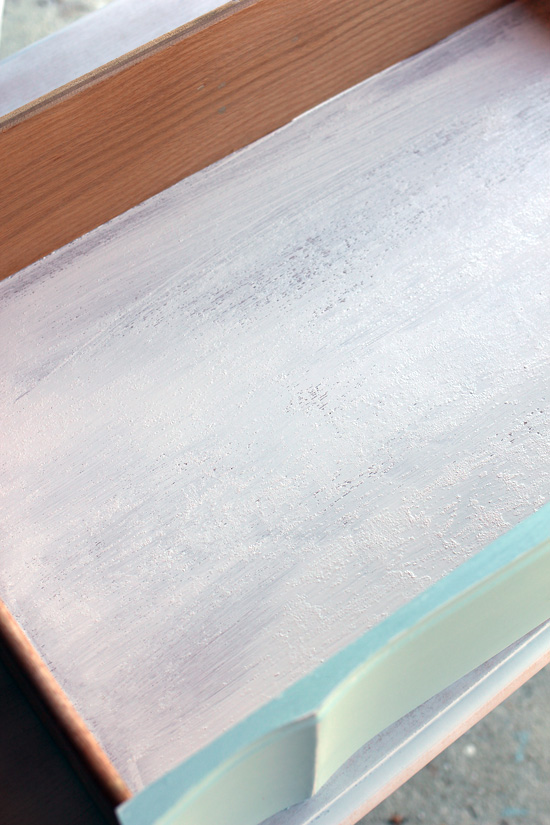 Then I added the fabric again using matte Mod Podge, brushing it on the bottom with a chip brush like glue first. (Wash it with warm water and dish soap and you can use it again and again.)

I didn’t have enough of the first fabric I used, but I found this pretty one at Walmart on clearance for only $2 a yard: 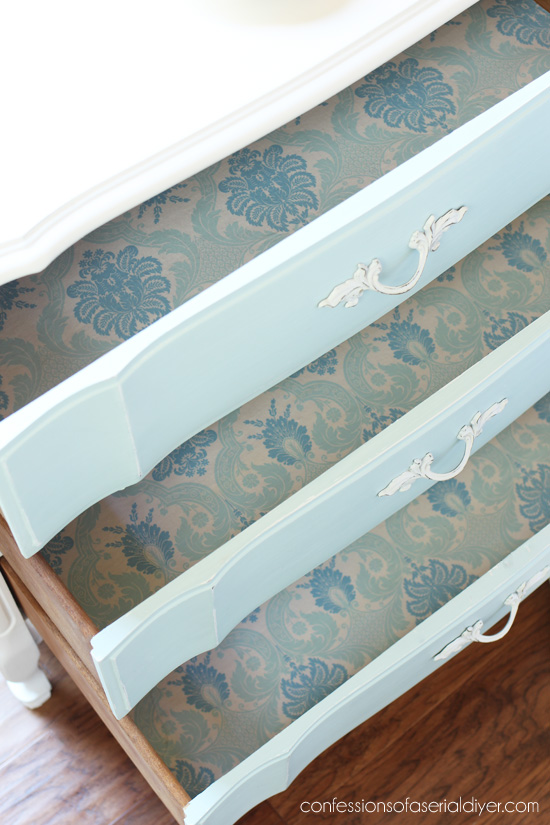 I love it even more than the first one so I’m calling it a win!

I used my rotary cutter and cutting mat to cut the fabric in perfectly straight pieces: 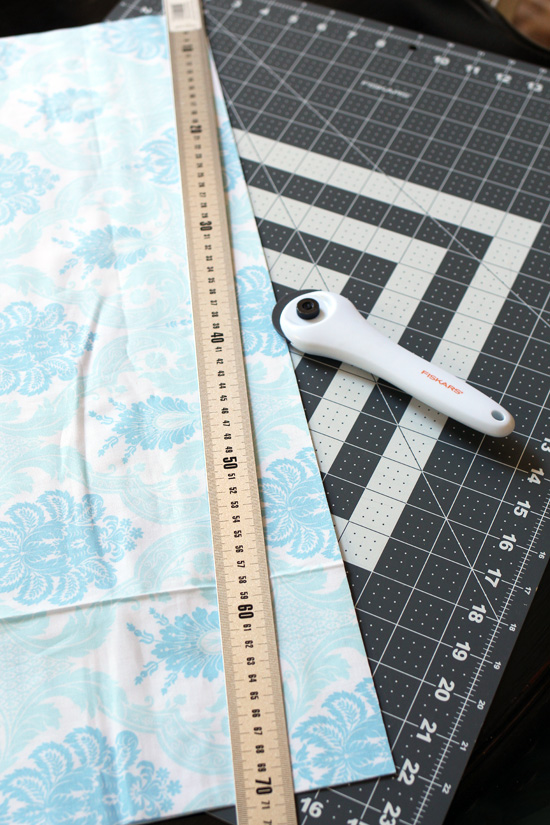 I love that this little chest is no longer the reject in the corner of the garage now! 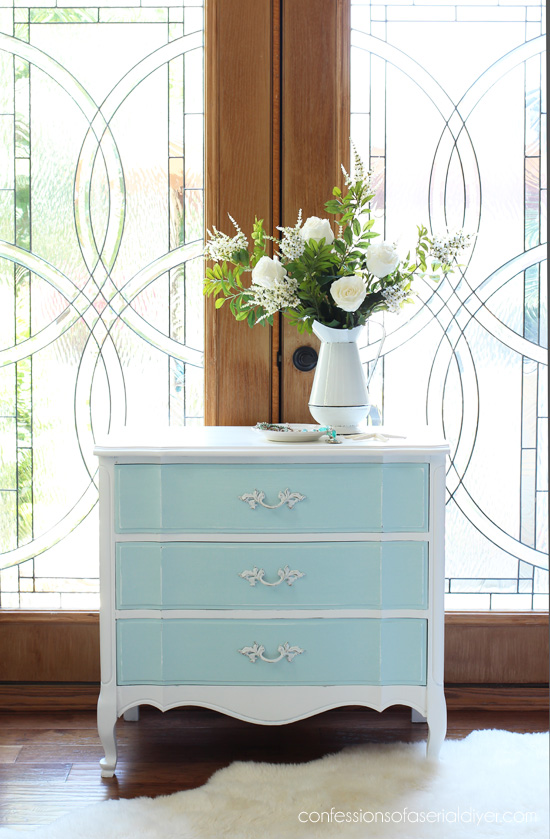 Which one do you prefer?? 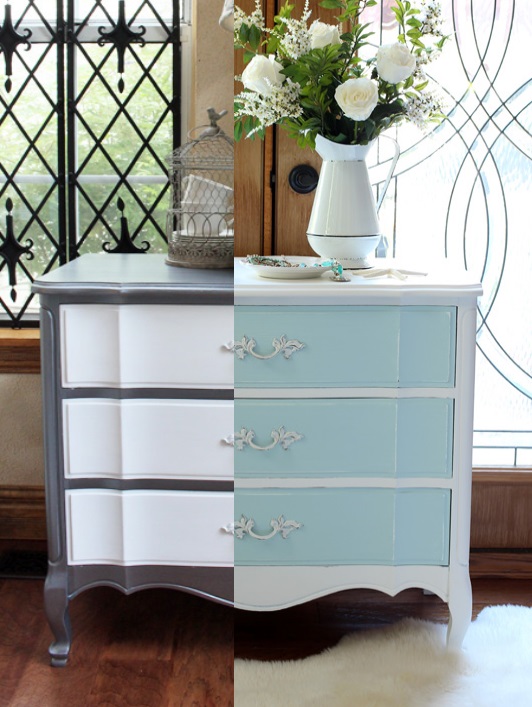 I think I’m partial to the blue! 🙂

Don’t go anywhere just yet, my friends are sharing their own trash-to-treasure transformations! 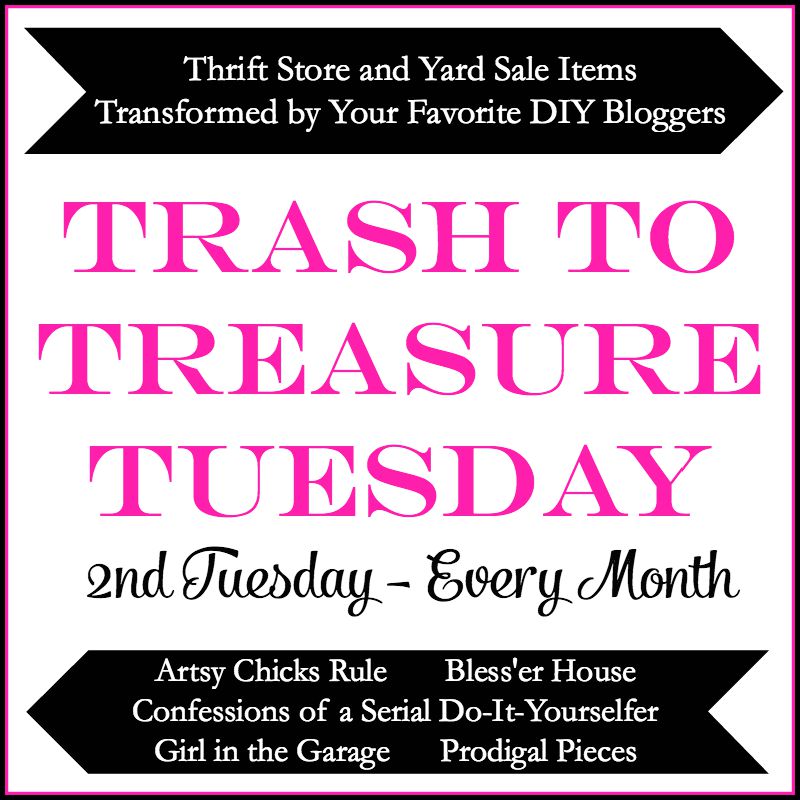 Visit the afters at the links below the image! 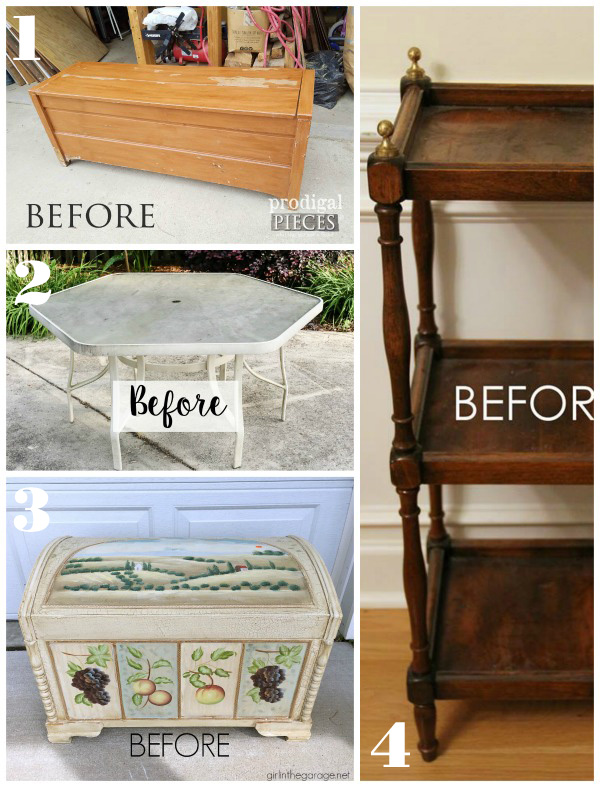 3. Girl in the Garage

Want even more trash-to-treasure inspiration?? Check out all of my past Trash-to-Treasure Tuesday posts HERE!

See ya back here Thursday! Same time, same place. I’ll be bringing this old favorite back out: 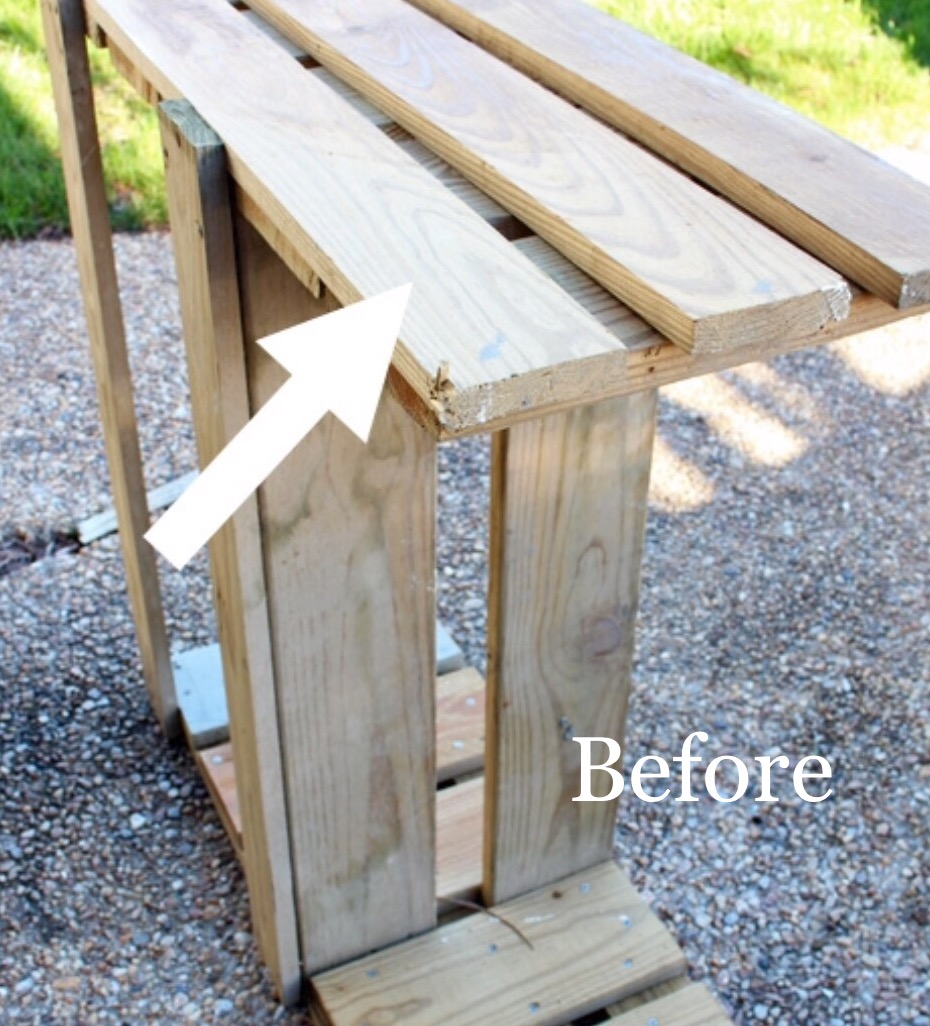 UPDATE: See what I created with this junk that I hauled out of the corner of my garage HERE now!